skip to main | skip to sidebar

If you still pay any vague semblance of attention to what we put up on this blog, here is a big live mix i just did combining a lot (but not all) of whats been cookin'. Theres a range of styles, including beats, trap, dub[step] and some wonky/glitch/2-step/grime etc. from around world. Check it out yaow

Low End theory coverage to come plus mixes and great other things.

Just spotted one of our favorite miscreant beats-rhymes-liver Jonwayne postin' on the Facebook:

We'll be hittin' that, yes.


Also, I went to the first day of the UCLA Reggae Jazz festival yesterday - a report for y'all on Thundercat, Sonnymoon, Booker T. Jones and more when I get my photos developed.


Here's a track from Thundercat to tide you over, get your summer vibes on if they aren't on full steam yet.

So it's been a while (like always), but I have something quite compelling to present: Boston-based M. Constant's Bugged EP... four originals, three remixes, and a bunch of funky punch. This man's style treads a wobbly line between beats and dance, getting your head nodding and your booty shaking, usually at the same time. Its a bit like rubbing your stomach and patting your head, but even more satisfying. These beats (?) are creative and organic, morphing style and feeling right underneath your feet...  but M. Constant keeps it all tied together in a very musical way. I could go into more detail, but I'd rather let him speak for himself below.


If you like what you hear, be sure to cop it. Curtains Don't Talk - Daedelus
The man is nothing short of amazing. This track is soulful and cool and sexy and

dude always manages to run the album art game
Folks have been sleepin on the wayniac for too long. But I get the feeling from his recent signing to Stones Throw, not to mention some shows at SXSW a few weeks ago, that this cat's going places. And man oh man am I down to follow.

Dope producer, dope MC, and with a killer live show to boot. Check our previous posts on the man's work here, and get ready for dem Stones Throw releases...

And finally, you may grab his new rap tape, just released this week, for free HERE:

jonwayne - this is false (rap mixtape)

Make sure to support the man's music if you dig. I'm only ever too glad to.

Godspeed – and our sincere apologies for the slow pace this year. We still love you.

Apparently mono/poly has had this site for a while, but only yesterday did I discover three raw remixes he's put up for free. Check em out below, but beware - mono/poly is, as i said, pretty raw here.

Matthewdavid has gone and released a FREE mix tape of remixes and flips. Although i (embarrassingly?) don't know the originals, these 8 tracks are definitely some bling for your ears. Matthewdavid seems pretty on point here; each of the the tracks is relatively short and very concise, which prevents you from getting lost in his layered textures and losing a sense of direction in these beats. Theres also a ton of bass (no surprises)... oh yeah and its FREE.

Sorry we haven't been on the ball as much - college, y'know. But both El Langosta and I have some pretty sick things lined up for y'all, so stick around.

We Will Rise as the Komodo


Hi there. We still post music, sometimes. College gets a little cray. But heres a great KOMODO track by salva. It'll knock your socks off. Expect a post of more related things soon.


We will Rise as the Komodo

Oh. Hey. It's been a while, I know. You've grown out/shaved the beard, I've quit/taken up smoking, and neither of us has found the time/put in an adequate amount of effort to really keep this relationship going. But what say we put all that behind us, eh?

Now I know it's been an exciting week for music, what with The Weeknd finally dropping their long-awaited mixtape Echoes of Silence (review pending), the emergence of a new Skrillex EP (review here), and Nicki Minaj spewing her bubblegum-pink wrath all over some poor, unfortunate soul. But we're gonna ignore all that for now.

Let me introduce y'all to Ryan Chapin Mach. In addition to being both a gentleman and a scholar (as well as a classmate of mine at the nation's 5th-druggiest college), he also manages to hold his own rather well as a producer-songwriter. His Bandcamp is littered with a veritable bevy of tracks from this past year – mostly lo-fi, Casio-driven laptop-pop (fatwa pending for the amount of hyphens I just used) – but lest you lose your way in the waiting labyrinth of strange and exotic photographs, allow me to provide you with a guide of sorts, in the form of a few highlights and favorites.

Now be nice and shake hands.


The Hors D'Oeuvres: hopefully all the proof you'll need to agree that this kid crafts a hook like no other. Stuck in my head by the second listen.

The Main Course: after a seemingly disconnected stream of individual tracks, it seems the man saw fit to put together an EP, and man am I glad he did. A pleasantly diverse release, featuring everything from reverb-drenched surf pop a la Best Coast to more stripped-down, acoustic fare.

The Dessert: .............well, as far as culinary metaphors go, this would be like following steak and potatoes with a chocolate-covered hand grenade. But while this track might match that jarring combination in sheer dissonance and explosivity, I find its distorted, auto-tuned chaos to be quite delectable.

Seconds: turns out he does "dark" quite well, I couldn't help but come back for more. Really dig the beat on this one.

The Midnight Snack: a slower, muddier, more emotional cut for those lonely late-night jaunts to yr common area's fridge. Maybe those lax bros left some pizza in the–dammit, they ate all of it. Selfish bastards. See if I ever come to one of their stupid games again.

Godspeed, and a merry Festivus to you all.

Lobster out.
Posted by El Langosta at 6:01 PM 0 comments 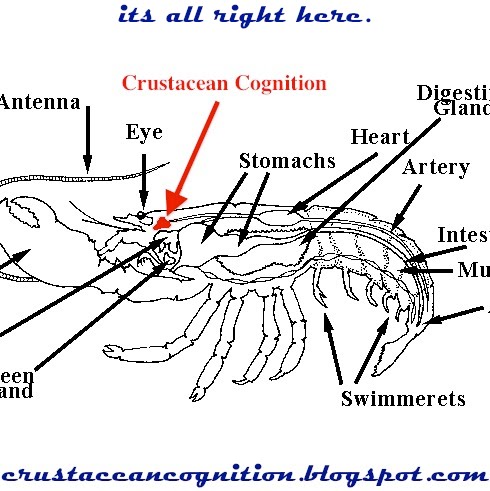 Alright, let's be straight here. This is a music blog. We share music. Sometimes by giving it away for free. But we try to maintain some sense of ethics while doing so.

Music posted here is for promotional purposes only. If you have any copyright-related objections please comment or report or whatever and we'll take down the offending link.